There's something about Mary Boland. Promoter of the Arts, Mary sure knows how to bring out the best in people and shine a light on both local and national talent!

Waterford.FYI got talking to Manager of The Theatre Royal, Mary Boland about her role in the Arts, what she values most in her friends and some of her favourite moments of Waterford’s Imagine Arts Festival.

With over 27 years of being involved in the Arts, Mary helped to set up Little Red Kettle here in Waterford to encourage young people to get involved in performing. She has also done a huge amount of work with the spectacular street performance company, Macnas in Galway.

What is your favourite Waterford slang or phrase?
Oh, there are many, oh golly! I live with a Writer who is Waterford out and out but there’s some I just couldn’t mention on film! It has to be ‘Well boy!’ You travel the world and you meet somebody and you say “Well” and they look at you and say “What?” I love that one and it catches many people off guard and it’s a nice greeting.

What is your favourite place to relax in Waterford?
Sabai Restaurant across the road. I know Catherine who owns it and it’s just one of those places where you’re instantly comfortable. And of course, it’s got plenty of great food. I love Thai food and I love Spanish food. Being from Dunmore East, seafood is a big thing for me. My sister has a seafood restaurant there and I love crab meat, prawns and the like.

Which talent would you most like to have?
When you have children, things arise and I’m like “Oh, I can’t do that!” Most recently, Halloween costumes…I have friends who are so creative and artistic and can create something from nothing. That and I have always been at odds with each other.
During my training with Macnas back in 1993, I fell into the workshop side of things which is all about creating those wonderful floats you see in parades. What I learned from that was that I was really, really good at making things once I was taught, but I had to be taught them. When your 8-year-old child asks to be a dead unicorn for Halloween, where do you go with that, haha?

What do you most value in your friends?
Loyalty comes to mind. There are different types of loyalty. It’s somebody you can really trust when you hit a wall. There have been times when you may have been portraying yourself as someone else but your friends don’t judge you. Complete acceptance of who you are.

Do you have a favourite play or show?
Yes, there’s been things I’ve seen over the years that have stayed in my mind, for sure. I can’t admit to having seen a huge amount but there are things that I should have seen that I know would have been brilliant, ha! Playwrights Brian Friel and Tom Murphy are two playwrights that are just extraordinary in terms of the creation of a piece of theatre. For some of their plays, no matter how badly they’re staged, they will still blow your mind. ‘Translations’ is a really great example of such a play. ‘Moonshine’ by Jim Nolan is another one my favourites too. I’ve recently seen some very special pieces for kids with my daughter at Baboró, Galway’s International Arts Festival for kids.

What is your greatest fear?
You go through life, things happen and you learn from it. Parents passing away is really one of the awful things that can happen and as you grow old, it does happen. As a parent, stupid things can come into your head about what can happen. I don’t need to say anymore.

What do you consider your greatest achievement?
When you think you’re still 20 but you’re not. You have a mortgage, you’re running a family and a home and you’ve got a full-time job. That’s pretty impressive! In terms of career, one of our favourite stories is the year we brought 20 Waterford children to Japan for an international children’s theatre festival. It was a lot of organising, fundraising and liaising with the parents. While the artists and creative directors got on with their bit, I did all the stage managing but also co-ordinated the whole trip. I got them there safely and back! It really was one of the highlights of the past 30 years for me…

Name some of your favourite moments of Imagine Arts Festival over the past few years
When my son Charlie was 5 years old (he’s 15 now), I brought him to hear the writer, Eddie Lenihan – nonsense verses and songs are what he’s all about. Charlie was completely engaged and that’s what I love about the Imagine Arts Festival. Actually last year, Youth Dance Celebration were here and my mother wanted to go and she brought my daughter. I had seen it 8 years ago so I hung out in the control room. I wasn’t really interested as my child wasn’t on stage… but the standard and level of work blew me away and it’s incredible to know that all this is happening on our doorstep in Waterford.

Who is the most famous person you’ve ever met?
Mary Robinson. Meeting her was really quite an event. It was in Galway 1993 when I met her. The girls I was living with in college at the time all knew about her. She came to see us at a Macnas workshop. It was amazing. For my generation, and with the elections going on at the time, she was a big advocate for women’s rights. It really was memorable.

If you were to die and come back as an animal, what would you come back as?
Definitely a sloth! I like the idea of chilling, lazing around the trees.

What’s the best advice you’ve ever been given?
Listen. You gotta listen. When your head might be running away with itself, just stop and listen. It’s something that has been extremely beneficial.

Finally, the best place you’ve ever visited?
Rio De Janeiro for all the obvious reasons – its vibe, its beauty. I am a real lover of Spain because it’s real downtime. Byron Bay in Australia is just cool out. Gosh, I really do want to be a sloth, ha! If I had my time all over again, I would travel much more. We also spend a lot of time in Ventry, Dingle. You know though, I’m from Dunmore East and we often compare. So yes, it’s about beauty and nature.

10 Reasons Why Waterford is a Great Place to Live

Beat the Blues Minus the Booze with Music, Performance and Film 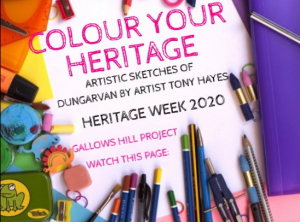 The best of what’s on Waterford 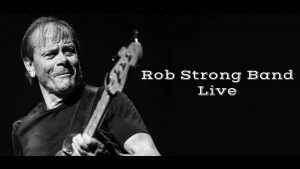 Rock the blues with Rob Strong