Slow down on The Copper Coast

Read how Guardians of The Copper Coast, a new Facebook group is getting the community involved in keeping the Copper Coast both gleaming and safe.

Today, we caught up Sand Artist, Sean Corcoran over a Zoom call from his home near Bonmahon, Co. Waterford. With trips abroad off the cards for most of us this year, everyone wants to make the most of the summer. Staycations and day trips to one of the many beaches along The Copper Coast are very popular during the summer months. With its winding roads and stunning cliff scenery, one can’t deny how easy it is to stray over on to the other side of the road to take in the views while driving. This all sounds lovely, but there have been quite a few collisions on the roads of The Copper Coast of late and locals in the area wanted to do something about it.

So, just over a month ago, Sean and a friend of his, Michael Murphy started up the very aptly named “Guardians of The Copper Coast” – a Facebook group that aims to encourage locals and visitors to play their part and get involved in keeping the beaches clean, as well as highlighting road safety in the area. From litter clean-ups to group conversations, sand art messaging and talks with local representatives, Sean, and the group are doing their bit to create awareness amongst visitors and locals. What is clear is that we all need to ‘Slow down on The Copper Coast‘- a vital message about road safety and taking the time to enjoy the breathtaking scenery all in a safe way.

Sean, tell us a bit about why the group was set up?

About four weeks ago, on June 7th, Michael Murphy and I set up Guardians of The Copper Coast. It’s a Facebook group where anyone can come on, join, and post their own content. I suppose what we’ve tried to do with the group is to provide a platform where people can have a conversation around what’s needed on The Copper Coast. It’s not just for residents but it’s for visitors too; for people who love the area and a place where positive actions can be taken. We had some issues going back some time ago over waste management – our litter bins had been removed but thankfully, we’ve gotten them back now and we are in conversation with the Council on that now on a regular basis. We’ve also had four litter picks so far on Sundays which have been very successful. So then after the four weeks, Michael and myself decided to move it on. Other than litter and waste management issues, we felt needed to tackle other issues.

What other issues have you been tackling?

Last Sunday, we did a road safety campaign on the beach. It was a piece of sand art and we called on members of the community, so we put a public call out for people to join us. Basically, we wrote “Slow Down on The Copper Coast” in big, large letters at Kilmurrin Cove. It’s not just about motorists, it’s cyclists, motorcyclists, campervans, it’s children and families, visitors and residents. You know, it’s staycations and we’re all excited to go on our holidays to the beach, so it was a little note just to say “Think about this for a second, take care and be responsible on the road“.

We have these beautiful, winding stretches of road all the way from Tramore to Dungarvan, through seven villages and so blessed with amazing beaches along the way. I suppose it’s not just road safety in terms of people slowing down, but for people to slow down and STOP the CAR! Basically, stop, park your car, get out and smell the flowers.

How did the sand art event go on Sunday in Kilmurrin?

Sunday was an important day for us. My Co-Founder, Michael Murphy, he’s the Chairman of the Labour Party here in Waterford and the Rep. for the Kilmachtomas and Portlaw area. He’s a really, young talented articulate and educated guy who works with homeless people and Focus Ireland, In terms of this going forward, rather than making this something that people might have thought, “Oh well, Michael is a member of the Labour Party”, we decided to reach out and so we’ve been in contact with the council, just telling them what we’re at. We’re confronting some issues there on protocols, but more importantly, we’ve reached out to local representatives and I’m absolutely stunned to tell you that we had nine or ten electoral reps from each party, as well as our independent TD, Matt Shanahan at the event on Sunday. This is not political; it’s really just come down and support our initiative and put a spotlight on road safety on The Copper Coast.

How can local authorities help?

We’re really looking to the council to step up to the mark, you know, with speed surveys, protocols and funding available through the Roads Safety Authority and the local authority. There are systems in place but we’re just trying to highlight that we want to be on that list. It’s not all about speed ramps, there are playgrounds in Fenor, for example – we can’t have cars flying through there. There are very simple ways of engaging with road users, you know?

Best of luck Sean with the group!

Waterford to host its first Pride March in more than a decade! 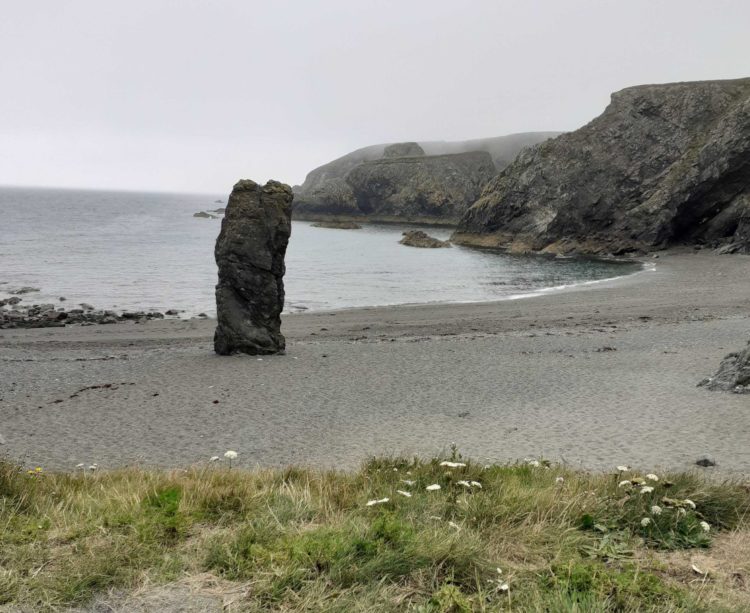 Why we’ll be going back to Tra na mBó

There’s surely a beach for everyone along The Copper Coast. Right now, it’s got to be Tra na mBó for us. 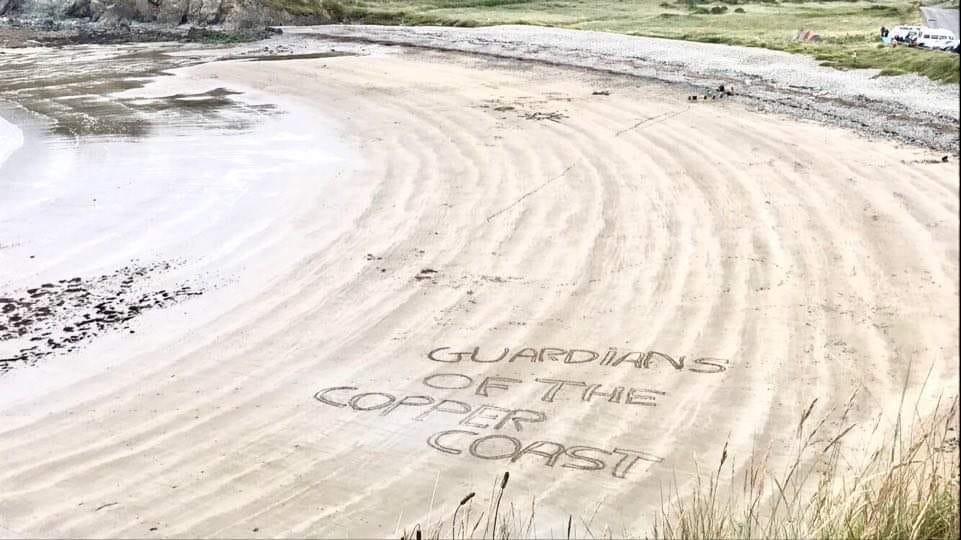 Oh! I do like to be beside the seaside.

Summer time and the livin’ is easy at any one of our fabulous beaches. See which ones we love most and read how one group of Waterford locals are doing their bit to keep The Copper Coast as it should be. 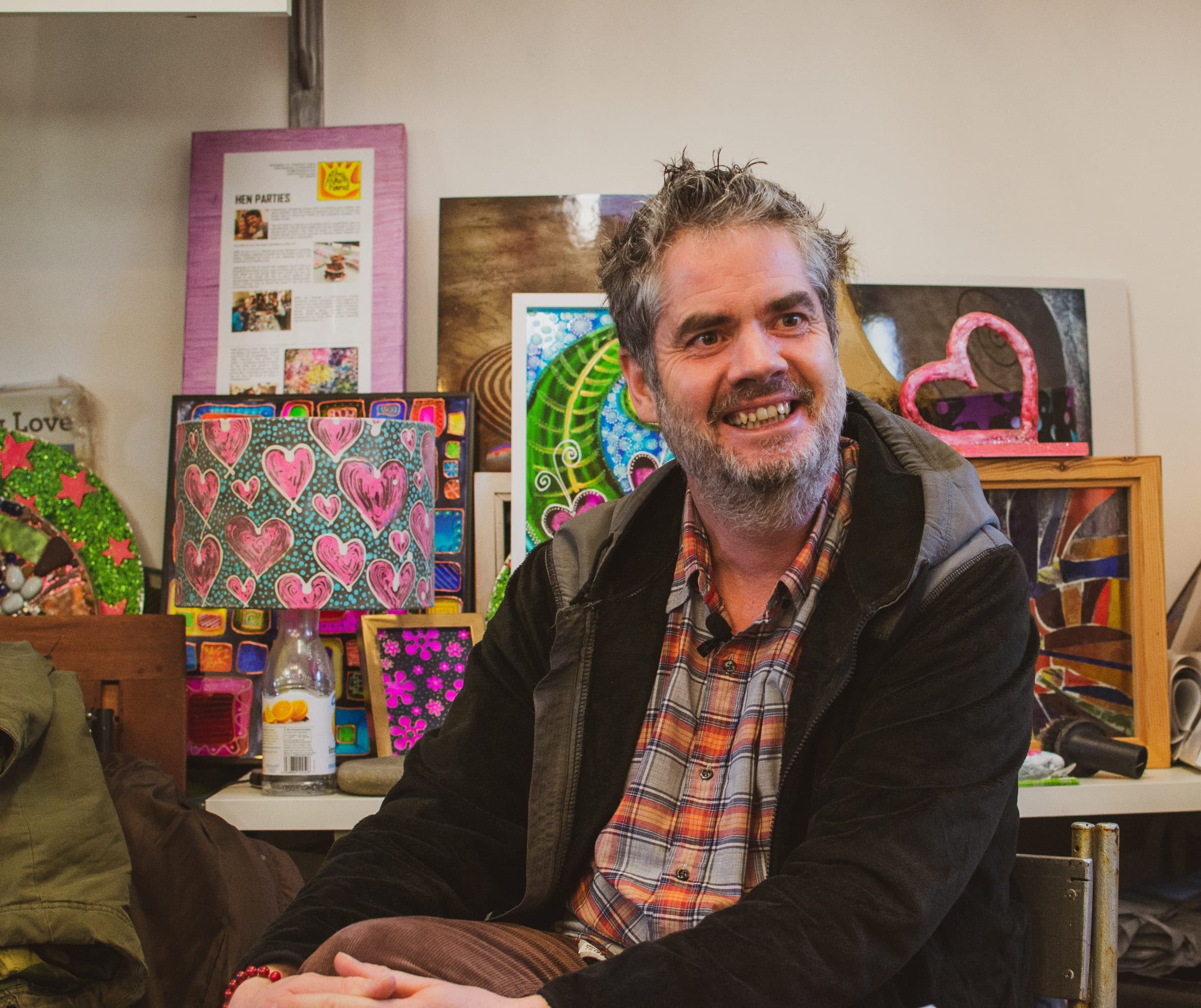 We recently caught up with Sean at his home in Bonmahon where we got a very warm welcome and a nice cup of tea. Sure what else would you want on a blustery winter’s day at the Copper Coast!