Did you know that the majority of Irish Newfoundlanders came from Waterford, Kilkenny, and Wexford? 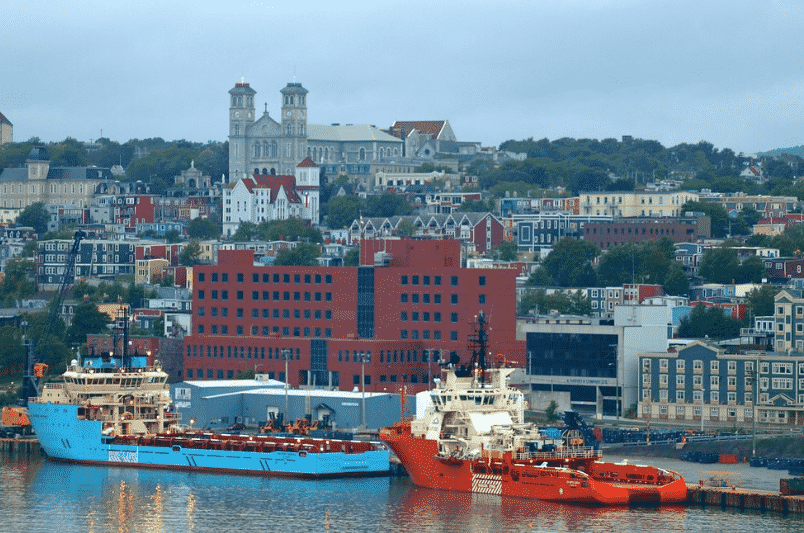 Walking down the streets of St. Johns, Newfoundland you'd be forgiven for thinking you were hearing a Waterford accent!

In fact, the accent of folks living across the Atlantic in St. John’s sound just like Waterford natives. Some of them even say ‘Well boy’. How can that be?

Well, our links with Canada are nothing new. Waterford and Newfoundland have been tied together since the 1700s. By the 17th Century, Waterford city’s port was thriving and trade with English merchants was well established. English ships used to dock here so that their crew could stock up on food supplies such as salt, pork, and beef for the long trip across the Atlantic to Newfoundland, Canada.

After a while, about mid-18th Century, ships from all over started stopping off at Waterford’s port looking for Irishmen to work in the Newfoundland fisheries. So off they went to earn a living.

John Kent, a Waterford businessman played his part in building up a Waterford community in St. Johns. He was the second Prime Minister of Newfoundland and had successful businesses there. Not one to waste an opportunity, he organised ships to bring thousands of Irish over to work in fisheries. It was quite something to ship over farmer’s sons to work in the fishing industry with no experience, however, it didn’t stop progress.

Summertime fishing attracted droves of Waterford men who went there, earned a few bob and came back to Waterford to spend their wages and see their families when the season was over. However, sooner or later, a lot of them became immigrants in Newfoundland, staying there permanently.

Pierce Sweetman was another Irish merchant who established trade between Waterford and Newfoundland in the 1800s. He also brought people over to work in Placentia, the main harbour on the south coast of Newfoundland. The fishery there was at its peak and there was plenty of willing and able Irish to take up work.

Natives from Waterford and the whole of the South-East brought their traditions with them, as well as their accents. Actually, if you were to walk around the south of the island, you’d ve forgiven for thinking you were hearing a Waterford or south-east accent!

Fancy a blaa with your soup?

Imagine popping into a local pub in St. Johns when over visiting relatives and being served a blaa on the side? Well, it seems Chef Lori Butler is baking them to a traditional recipe passed down to her by her mother who learnt it from hers.

Check out 84-year-old Babe Walsh who lives in Ferryland, Newfoundland, where she’s spent her entire life. There’s no mistakin’ the Irish accent, with hints of a Waterford one thrown in the mix. Enjoy!