Originally from Germany, Sina Theil started playing piano and writing songs at the age of 7; picking up the guitar at 18 she has since flourished into an accomplished recording artist. Sina left Germany for Spain where she played with a local Spanish band and recorded her first demos before finally arriving in Dublin. Here she became a student at the prestigious Music College BIMM. Funding her musical education through busking on the streets of Dublin, she gained invaluable experience and developed her performance skills as the lead singer of a rock group.

In 2017 Sina was signed to Downda Road Productions at which point she decided to pursue her music career full time. Since then Sina has scored thirteen No.1 singles plus 7 other top three tracks – topping all this off with her debut album “Under Cover” charting at Number 1 in the Irish Country Download Charts and Number 5 in the Overall Irish Download Album Charts. This album encapsulates a collection of songs that have accompanied her and her manager Mike Gleeson on the road whilst gigging relentlessly up and down the country.

On the 29th of April 2019, Sina won the “Hottest Act in Irish Country Music 2019” Award at the prestigious Hot Country TV awards; previous winners being some of Irelands most successful Country Music Stars such as Nathan Carter and Derek Ryan. Her music has reached over 5,000 radio plays on the Island of Ireland and her songs have also been played internationally, on stations located in the USA, New Zealand, Canada, France, UK, Italy, Belgium and South Africa, to mention a few. She also presents her own weekly radio show on Carlow FM.

One of Sina’s most succesful singles “Good to be Back Home” is a duet with award winning Irish Country Singer Sabrina Fallon. The track was written by Davie Furey and charted at #1 in the Irish Country Download Charts. It was also #1 in the Irish Country Music Airplay Charts for approx. four weeks and #9 in the International Irish Country Radio Airplay Charts; as well as being the most played song of all genres on Midwest Radio for about two and a half weeks. Furthermore, it received daytime play on RTE Radio 1 and featured on the much sought after “RTE Recommends” List. “Good to be Back Home” will appear on Sina’s upcoming Irish and Celtic Folk album “Reflections of a Celtic Heart”. The album celebrates her going into her fifth year in Ireland and also pays homage to Liam Clancy whose ten year anniversary was on the 4th of December 2019. The album is expected to be released for St. Patricks Day 2020. Her new single “I Feel Fine Today” will be released on March 11th.

Sina’s music videos are regularly played on Spotlight TV, Europe’s largest Country Music TV Station. She has appeared in a number of national and local press publications including Irelands’ leading celebrity magazines RSVP Magazine and VIP Magazine, The Irish World, The Irish Mirror, The Tuam Herald, Irelands’ Eye, the Irish Trucker, the Kildare Nationalist, the Leinster Leader and many others.

She is sponsored by guitar manufacturer Black Sheep Guitars Thailand and a goodwill ambassador of Irish registered charity Touch Ireland, who aid youths and communities in developing countries to the likes of Zambia, Nepal, etc.

Sina Theil & Downda Road Productions are currently planning a tour for her new Irish & Celtic Folk album and her original album which is expected towards the end of the year, is also already well in the making. 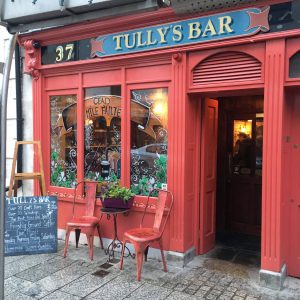