The multi-instrumental siblings honed their craft busking on the streets of their hometown of Dublin as well as cities all over Europe. Their self-released debut EP Battles came out in August 2012 and peaked at #1 on the Irish iTunes chart and at #14 in the UK. Following the success of Battles, the band unveiled a second EP, Cinematic Lifestyle released in December 2012 and its subsequent release Osea, in October 2013. The duo supported Jake Bugg on his UK tours in March 2013 and again in the Autumn of 2014. They also played to one of their biggest crowds to date supporting The Rolling Stones in Hyde Park in 2013.

n November 2018, Hudson Taylor began their second European tour of the year including a headline show in KOKO in London, finishing with a 6 night sold out home-coming run in Whelan’s in Dublin in December.

In January and February of 2019, they played a U.S. headline tour accompanied by Oisin and Tadgh Walsh-Peelo in their band.

In May and June of 2019, the Hudson Taylor supported Rodrigo y Gabriela on their North American tour and played a number of headline shows while in the states. 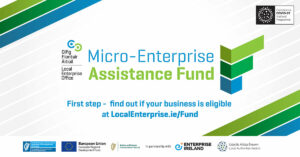