A full Winterval Festival programme of events is on offer on the streets and at venues across the city from November 18th to December 23rd. Here are some of the highlights you shouldn’t miss out on this weekend.

A Gigantic and Magical Talking Postbox

There will be a free show at the Apple Market on Saturday and Sunday at 4 p.m. Sponsored by WAMA & Theatrebox, the show will engage with young spectators who can take part in the collection of Santa’s post. Let the little elves and helpers from the WAMA (Waterford Academy of Music & Arts) and TheatreBox collect your special lists and drive them off to the North Pole. The post box will snow, breath smoke, blare music, have magical sound effects, and it will illuminate the mirrored ceiling of the Apple Market.

All the children at the show will have a chance to help shrink the gazillions of letters that are stored in the post box so that the elves (on specially commissioned quad bikes with Toby Wagon trailers) can drive away with the post on board.

Ben Hennessy will present a new Shadow Puppetry Show at the GLOW Gardens at Winterval on Friday, Saturday and Sunday evening. Shadow play, also known as shadow puppetry, is an ancient form of storytelling and entertainment, which uses flat cut-out figures that are held between a source of light and a translucent screen. In the beautiful setting of GLOW, Winterval’s fairy light garden in the heart of Waterford City, Ben and his crew will take visitors on a magical journey through a story of childhood imagination. Each show is 20 minutes long and is free of charge.

The Winterval Illuminates Light Show Every Half Hour

This time the creators have really raised the bar and given the famous 3D light and projection show a new home on Ireland’s biggest Christmas decoration, Winterval castle.

This stunning 9m high castle will be at the centre of the festival in Arundel Square. During the daylight hours families can come and take some photos at the tower, but as darkness falls the tower and Arundel Square will come to life with an explosion of light, sound, special effects and the projection show.

Created by local artist John Loftus, this feast for all the senses promises to be an event not to be missed for audiences of all ages, and it’s free!

Waterford’s coolest attraction returns to Winterval on today. Nothing is more festive than whizzing around (or trying not to fall over) on an ice rink. So it’s time to put on your bobble hat, wrap up warm and get your skates on!

Don’t worry if you miss it this weekend. Winterval On Ice runs from November 25th to January 8th.

Hop on board the magical Winterval Mini Express, a road train that takes you on a fun-filled journey through the historic streets of Waterford. See the Winterval attractions such as the Helter-skelter and Carousel, The Winterval Christmas Market, The Waterford Eye, Winterval on Ice, and Santa’s Central Station.

Scattered throughout Waterford Winterval is the magical City Fairground, an iconic selection of fairground attractions for the whole family to enjoy, including the Vintage Ferris Wheel at Arundel Square, a Vintage Carousel on Broad Street and the Waterford Eye on the Quay.

The Gerbola Circus at the Winterval Big Top

Throughout Winterval, Ireland’s best rated traditional circus will dazzle audiences with a beautiful vintage Christmas themed show. Step into their heated big top and be mesmerised by their high-flying trapeze troupe, death-dyfing stunt riders, along with a host of acrobats, hilarious clowns and lots more! You’ll find Gerbola’s Christmas Circus at the Winterval Big Top at the top of New Street. To book your tickets, see here.

Waterford Walls Festival is Gearing Up for 2023

Beat the Blues Minus the Booze with Music, Performance and Film 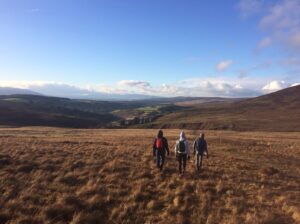 10 Local Coves and Beaches Perfect for a Christmas Day Dip